A member of Value Analysis Canada and SAVE international. Accredited trainer for the Quebec government.

Since 1997, the Martin Parrot company offers its clients, services in value management and product development. Mrs Parrot is the main driver, with her 30 years of realizations.

Martin Parrot is owner of the F.A.S.T.Draw software, specialized in the efficient drafting of function trees and FAST diagrams. This software is available to Martin Parrot’s clients.

Here is an article published in February 2017, regarding function trees, learn more about this technique!

We strive to make our clients autonomous if they wish so and are comfortable with the new work tools. But we will support you as long as you need it.

We will negotiate and realize all mandates with a total transparency to our clients, every time. In order to be satisfied, you must understand all the steps of the mandate and their purpose.

We are the leaders in value management consultation. We will do every thing to keep this position by pushing the use of the approach to its limits, by following training continuously, by participating to conferences, by tackling new challenges and by linking the methodology to others for synergy.

We will supply services that you need, we will support you during the whole mandate, we will make sure you are comfortable with the approach and we will do all this while respecting your context and culture.

Martin Parrot is composed of its principal partner, Mrs, Lucie Parrot, industrial engineer. She has been consultant in manufacturing systems before being a consultant in value analysis. She has helped many clients better develop and build their products and other projects. She is recognized as a leader in this field. Certified Value Specialist, she also teaches Value Engineering at McGill University and with industrial clients. She is very systematic in her approach and always wants to beat competition. Her sense of humour and great energy are advantages to use during workshops. Mrs Parrot has been certified since 1994.

Mrs Parrot has a team of colleagues, engineers and specialists, who assist her in various mandates, according to the required competencies. Her numerous agreements with privileged partners, allows her to realize mandates in various fields.

The second partner of the company is Mrs. Andréanne Martin. Mrs. Martin is biologist, with a master degree in scientific translation and administrator of Martin Parrot. Information regarding logistics, and contract administration can be found with Mrs. Martin. She also cofacilitates workshops with Mrs. Parrot since 2014. 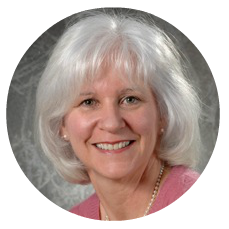 The personnel of Martin Parrot is often solicited to speak about Value Analysis or product development.

2017 – Value Based Priorities in a project portfolio

2017 – Using the VA process at different phases of a project

2016 – Value proposition and Value analysis, what to learn from each other 2016 – VE for the optimization of door systems at Vapor Rail

2015 – Introduction to VA/VE in Quebec City, Montreal, Calgary and Edmonton 2014 – VE in the process industries of Canada

2012 – Why does the best value not arise automatically, jointly with Arpad Fodor, Hungary

2012 – VE in Canada, presentation to the Hungarian Value Society

2001 – Value Engineering of a complete assembly line at IBM Canada

1996 – Using VE in the optimization of existing products in the aerospace industry.

Here is an article published in February 2017, regarding function trees, learn more about this technique!

Many projects recognized by PMI-Montreal in the last few years have been value engineered by our team: STM- Stinson center, Du Boisé Library, Jewish general Hospital, QIT in Sorel. Congratulations to the project managers.

October 20th 2015 – Value engineering, a tool to deliver projects of greater value. This event in Calgary was organized by APEGA and open to all.

See Mrs. Parrot on a presentation of the Calgary statistics on Value management. This presentation was done in August 2016 at the Value University in Geneva. Click here to see the video..

I was last night at the PMI Montreal gala and a prize was awarded to the STM for the Stinson center. We have done a VE session on this project, with them. Congratulations to the entire team!

June 7th 2016. Mrs Parrot was awarded a Fellowship from SAVE International. This prestigious nomination highlights her long value analysis career of 25 years. Mrs. Parrot has also contributed to the advancement of the value approach throughout Canada. Congratulations and many more years and projects to come!

Our president, Lucie Parrot, went to Alberta for a few activities: October 19, 2015- Presentations to Calgary City staff, morning for administration and afternoon for project managers. Big day, to discuss value in the city projects and management for project managers. This event was reserved for city staff only.

Ms. Parrot has just been elected by her peers as President of Value Analysis Canada (formerly known as Canadian Society for Value Analysis) for a two-year term.

Next May 18, Mrs. Parrot will speak to Business Analysts to show them how essential they are to the realization of value studies and to the implementation of a value management program. (In French) For more information, click here.

END_OF_DOCUMENT_TOKEN_TO_BE_REPLACED

Value Management and Design Thinking join forces to create an even more performant approach, Value Design. All the value creation methodologies, from the Value Proposition to Value Analysis are now offered by Martin Parrot, who never stops innovating in this topic. We...

END_OF_DOCUMENT_TOKEN_TO_BE_REPLACED

March 20, 2020 In this troubled period, created by the COVID-19 virus, we know many clients are either closed or function partially. But rest assured that Martin Parrot is still available for all services that can be supplied remotely: training, information sessions,...

END_OF_DOCUMENT_TOKEN_TO_BE_REPLACED

Mrs. Parrot and Martin are just back from a short stay in Switzerland (Geneva and Lausanne, December 2019) where they have met, along with Mr. Cedric Berger of the Swiss Value Society, future users of VA. As for the Montreal and Laval transit authorities, the Public...

END_OF_DOCUMENT_TOKEN_TO_BE_REPLACED

Mrs. Parrot represented Value Analysis Canada at the first VA conference in Vienna, Austria, on October 24 and 25, 2018. She presented a text on the use of VA for the optimization of public projects. On the photo, from left to right: Sebastian Meindl (Germany), Hans...

END_OF_DOCUMENT_TOKEN_TO_BE_REPLACED

On October 18 and 19, 2018, the value symposium took place for the first time in Edmonton, Alberta. Over 50 persons attended. Mrs. Parrot served as Master of Ceremony for the awards dinner as well as presenting a text on value-based project portfolio management. Mrs....

END_OF_DOCUMENT_TOKEN_TO_BE_REPLACED

On June 11 and 12, 2018, the team of Martin Parrot went to the SAVE Value Summit in Austin, Texas. Hot hot hot! Mrs. Martin was asked to present a few speakers.

END_OF_DOCUMENT_TOKEN_TO_BE_REPLACED

The week of April 15 2018, Mrs. Parrot gave a Mod 1 value analysis training session in Fribourg, Switzerland. Eight attendees of various backgrounds were introduced on VA. It was a beautiful week in a really nice city.

END_OF_DOCUMENT_TOKEN_TO_BE_REPLACED

The week of November 5 2018 was dedicated to the Value Week in Fribourg, Switzerland. That week, organized by the Swiss value society had presented 40 speakers who explained how they created value in their companies. Very inspiring!

@statueofalpurdy I can picture the mess!!!
h J R
@lucieparrot